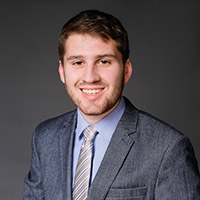 Romain Forestier is Tech & Scientific Project Manager at JEDI, the Joint European Disruptive Initiative. As such, he coordinates the various Moonshot Committees and the European-wide scientific community of JEDI in order to identify the “Next Big Thing”, and to identify the GrandChallenges to be launched. Conducting a team of analysts, he prioritizes the next scientific frontiers and bottlenecks to be tackled — in environment/energy, healthcare, digital, space & oceans.

Of French nationality, Romain Forestier has graduated from Sciences Po (France), with studies at the Universität St. Gallen (Switzerland) and at the Università Bocconi (Italy). He is an FT Talent Alumni, and has a strong interest in classical music (post-romantic), in French poetry and, obviously, innovation.